Ke Cheng, the Randall B. Terry Jr. Distinguished Professor in Regenerative Medicine at NC State and the Joint Department of Biomedical Engineering, along with collaborators from UNC-Chapel Hill and Duke University, developed an inhalable COVID-19 vaccine, which is delivered to the lungs through a self-administered inhaler. The development of the vaccine has progressed from prototype to animal studies and was found to be more effective at permeating the mucosal lining within the lungs than other lipid-based nanoparticle delivery methods.

“There are several challenges associated with vaccine delivery we wanted to address,” Cheng stated. “First, taking the vaccine via intramuscular shot is less efficient at getting it into the pulmonary system, and so can limit its efficacy. Inhaled vaccines would increase their benefit against COVID-19.

“Second, mRNA vaccines in their current formulation require cold storage and trained medical personnel to deliver them. A vaccine that is stable at room temperature and that could be self-administered would greatly reduce wait times for patients as well as stress on the medical profession during a pandemic. However, reformulating the delivery mechanism is necessary for it to work through inhalation.” 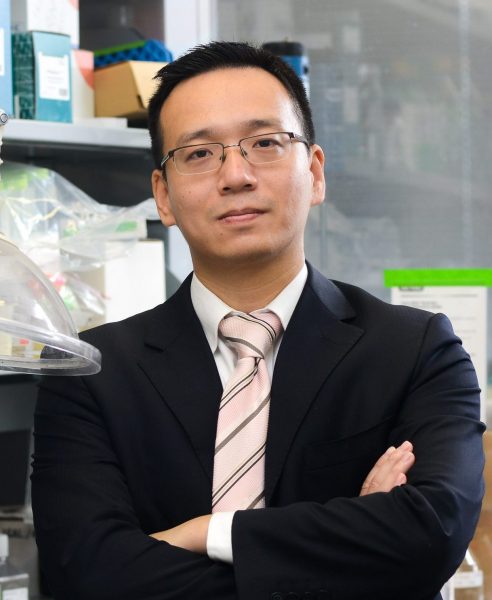 The new inhalable vaccine rises to meet that challenge, as it can be stored at room temperature for up to three months. Additionally, this vaccine can be used with other protein-based vaccines. “Vaccines can work through various means,” Cheng says. “For example, mRNA vaccines deliver a script to your cell that instructs it to produce antibodies to the spike protein. This VLP vaccine, on the other hand, introduces a portion of the spike protein to the body, triggering the immune system to produce antibodies to the spike protein.”

“An inhalable vaccine will confer both mucosal and systemic immunity, it’s more convenient to store and distribute, and could be self-administered on a large scale,” Cheng says. “While there are still challenges associated with scaling up production, we believe that this is a promising vaccine worthy of further research and development.”

The LCSs, which are used to generate the RBD-Exo vaccine, are currently in a Phase I clinical trial by the same researchers for treating patients with degenerative lung diseases.  Cheng’s work was supported by the National Institutes of Health and the American Heart Association. North Carolina State University has filed a provisional patent on the technologies reported and the patent right has been exclusively licensed to Xsome Biotech, an NC State startup company co-founded by Cheng.