Last week BME PhD student Keerthi Anand won second place in the “Best All Around” category at UNC’s first BeAM Makerfest. A fourth year PhD student in the Gallippi Ultrasound Lab, Keerthi’s research interests include development of fast ultrasound imaging technology for preventing strokes, but outside of the lab, he also enjoys tinkering with electronics to make demonstrations with acoustic levitators.

BeAM Makerfest was his first public expo of the levitators: using open-source designs by the Upna lab in Spain and the University of Bristol in the UK, Keerthi shows sound waves by trapping small styrofoam spheres in airborne acoustic vortices. In a phased array transmitter, he has even made the lightweight particles orbit like planets by changing where the sound focuses. Keerthi hopes to show these acoustic levitator demos at other outreach events to communicate fascinating applications of math, physics, and engineering principles to a diverse audience of kids, teens, and adults to increase public interest in STEM.

Keerthi says “I want to show by example to all the students unsure about potential career choices that a biomedical engineer can do pretty much anything and be whatever we dream to be! I found an area of science that made me really excited and hope to help others discover theirs, while realizing we can have fun along the way!” In fact, since the summer, Keerthi has been making half a minute TikTok videos on acoustic levitation that have been engaging more people in science. Under the username @beamformer, he has grown his following to over 7,7k and one of his videos, where he sipped water floating in the air using the trending hashtag #goodsoup, went viral with over 600k views. Keerthi shares that it’s harder to get global followers in other social media platforms, while TikTok’s video clips are easily shared across the board. To learn more about the BeAM Carolina network of makerspaces, visit their website here. For more information on Keerthi’s levitator instructables, go here. 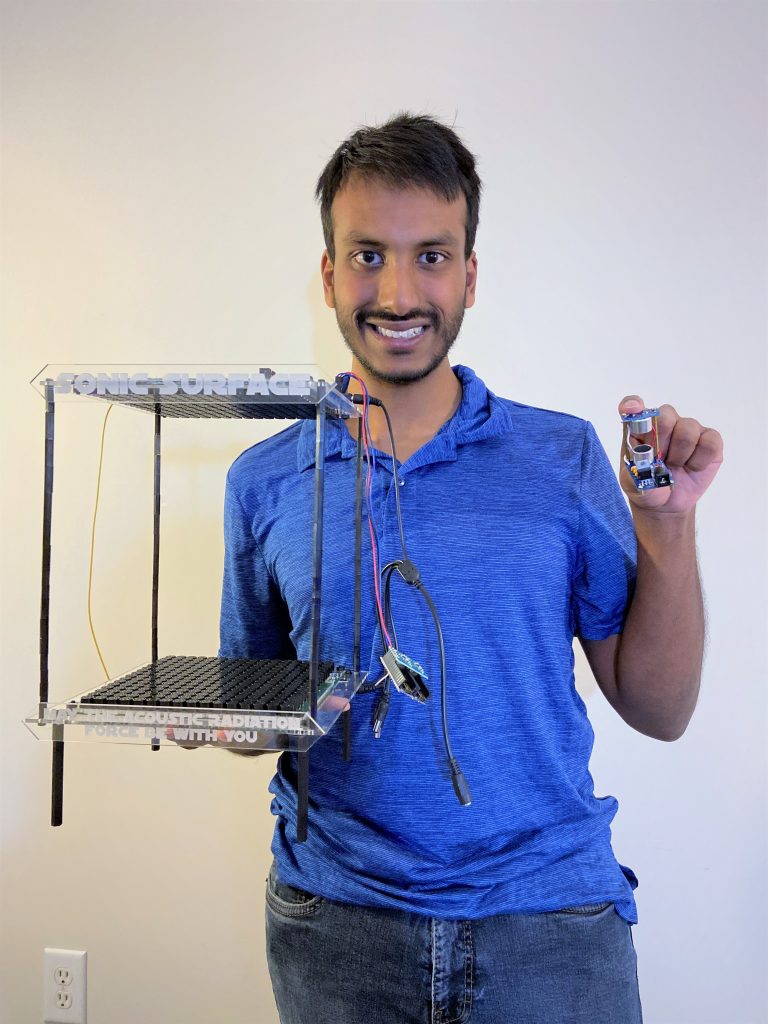